Here’s Your Guide to Understanding Protest Deaths in Venezuela

RMG's #IndependentMediaMonday: Headlines about ongoing violence in Venezuela are practically inescapable, with over 70 people dead since opposition-led protests aimed at toppling the government began in early April.In addition to those killed, over 1000 have been injured in the protests.Right-wing opposition leaders have attempted to portray the deaths as examples of state repression and evidence of the "dictatorship" that they are aiming to topple. Mainstream media have by
5 views0 comments
Whitney Webb, Mint Press News

RMG's #IndependentMediaMonday: The right-wing opposition of Venezuela has been caught endorsing and committing violent acts multiple times, despite claiming to be “peaceful.” Their latest targets include two U.S. journalists who have been threatened with lynching for their reporting on the ongoing chaos in Venezuela. #economy #history #mexico #Venezuela #independentmedia #politics #news #currentevents #conflict #war
39 views0 comments
Glen Ford, Black Agenda Report

Black-Hating Negroes and Their Uses: David Clarke at Homeland Security 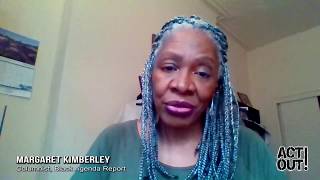 RMG's #IndependentMediaMonday: Political Analyst & Columnist for the Freedom Rider and the Black Agenda Report Margaret Kimberley joins us to talk about the poorly defined left, the Democratic deception, "allyship" and other issues - from a perspective in the black left. #economy #currentevents #Black #news #independentmedia #politics
10 views0 comments