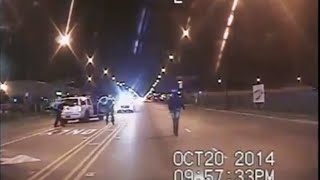 Video includes graphic images, Viewer discretion is advised. This video is provided courtesy of Chicago News and it shows Officer Jason Van Dyke shooting McDonald 16 times on October 20, 2014. This incident, and the subsequent release of this video approximately a year ago, caused great outrage in Chicago and around the nation. Today, three Chicago Cops have charged with conspiracy to cover up the murder of Laquan McDonald. The indictment named Det. David March and officers J
16 views0 comments

I suppose this should considered a RMG News Rant. This was in the aftermath of the verdict of not guilty on all charges for Officer Yanez in the MURDER of Philando Castile. Yes, I was heated. During this broadcast I was not a journalist or reporter, I was a Black man with half a century of anger & pain. I can't, and won't, apologize. #racialprofiling #racism #news #currentevents #politics #PhilandoCastile #murderbycop #lawenforcementracism #trial #jury
33 views0 comments