The Black Lives Matter Movement is now being hotly debated in this nation and it is still unclear as to what the future may hold. Although its thrust is chiefly about law enforcement's racist attitudes towards the Black community resulting in harassment, brutality and murder it also points to other deep and abiding problems A prescription was given to poverty, joblessness and institutional racism in the form of the Kerner Report. What it outlined puts into perspective the pre
105 views0 comments
Edward Rhymes

Dr. Rhymes had a wonderful talk with CIA whistle-blower and author of the book "Doing Time Like A Spy: How the CIA Taught Me to Survive and Thrive in Prison," John Kiriakou. Topics? Russia & the US in Syria; the Deep State's complex and contentious relationship with Donald Trump; UN Ambassador Nikki Haley's resignation and much more. #CIA #DeepState #Russia #Russian #UnitedNations #currentevents #DonaldTrump #US #Russiagate #NikkiHaley #politics #USpolicies #news #fakenews #J
18 views0 comments
Rhymes Media Group

Hello Rhymes Media Group Fam! This is a new edition of RMG's #IndependentMediaMonday w/Dr. Edward Rhymes. Had a wonderful talk w/Joaquin Flores Director of Center for Syncretic Studies. Topic? Serbia. As Director of CSS. Joaquin develops the scope of the Center’s work, promotes the goals of the Center and selects relevant works for publication on the website Mr. Flores is also the Editor-in-Chief of Fort Russ. Fort Russ News is a popular news portal – reaching more than 100,0
33 views0 comments
Rhymes Media Group

Hello Rhymes Media Group. Today, on this, RMG News Moment, Dr. Rhymes talks about "Year Zero" - the first in series - entry of the Wikileaks CIA Vault 7 files. From the Wikileaks Vault 7 page: Today, Tuesday 7 March 2017, WikiLeaks begins its new series of leaks on the U.S. Central Intelligence Agency. Code-named "Vault 7" by WikiLeaks, it is the largest ever publication of confidential documents on the agency. The first full part of the series, "Year Zero", comprises 8,761 d
45 views0 comments
Rhymes Media Group

Hello Rhymes Media Group Fam. This is a RMG News Report analyzing the US attack on Syria. Here's an article from TeleSur English's website: "The U.S. and the West blame Syrian President Bashar Assad for the recent chemical attack while the government and its ally Russia deny the allegation. The United States launched attacks against the Syrian army Wednesday evening in response to the recent chemical attack that killed 70 people in Syria, which Washington and most Western cou
10 views0 comments
Rhymes Media Group

Black Agenda Report: Where Would Africa and the World Have Gone Without the October Revolution of 1917? - https://www.blackagendareport.com/where-would-africa-and-world-have-gone-without-october-revolution-1917 Mint Press News: Why Aren’t Negotiations Being Considered to Resolve the Humanitarian Crisis in Yemen? - http://www.mintpressnews.com/arent-negotiations-considered-resolve-humanitarian-crisis-yemen/234427/ Rise Up Times: How Trump Brought The Political Media Class To I
19 views0 comments

There's a new Red Scare sweeping the land folks; a neo-McCarthyism that's taken hold of those in government - or rather a desire to scapegoat another country in light of a tremendous Dem loss last November. This RMG broadcast from December of 2016 explains the Countering Foreign Propaganda and Disinformation Act that was part of the 2017 National Defense Authorization Act (NDAA) that President Obama signed into law on Christmas Eve of last year. It's allows a kind of Ministry
72 views0 comments
teleSUR English

RT: Only Foreign Media to Register as 'Foreign Agent' in US

The U.S. Department of Justice has cracked down on the Russian media outlet, threatening arrests and asset seizures if the outlet does not comply with demands. The U.S. Department of Justice (DOJ) has decided to apply the Foreign Agents Registration Act (FARA) to Russia Today (RT) America, a branch of the Russian news agency stationed in Washington D.C., demanding that the agency register as a foreign agent or face reprimands. RT America’s head in Washington could face arrest
8 views0 comments

Some pretty ghoulish things have been taking place in our society, and in particular, in our nation’s capital. The terror of economic uncertainty – due in large part to the nightmarish games that are being played by the majority in our government’s House of horrors – continually grips us. We find ourselves in a real-life geopolitical H.G. Wellsian War of the Worlds – except in our case, it takes the form of the death-from-above through drone strikes that have devastated the l
13 views0 comments
teleSUR English 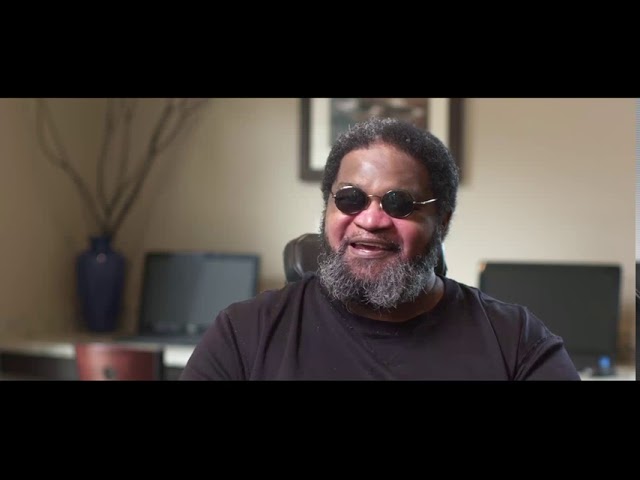 From Dr. Rhymes writings: "Since 2009, there have been 17 shooting incidents between anti-government extremists and law enforcement." "One of those 17 shooting incidents between homegrown extremists and police is the April 2009 shootout between Richard Poplawski and Pittsburgh police. Poplawski killed 3 officers and wounded a fourth. Another is the June 2014 killing of two Las Vegas police officers by Jerad and Amanda Miller — a couple who had spent some time at the Bundy ran
48 views0 comments
teleSUR English

Dr Rhymes discusses American white supremacy and whiteness. How whiteness became the norm in American society; what it looks like and the impact it that carries in the here and now. #culturalracism #individualracism #Whitesupremacy #whiteprivilege #currentevents #news #politics #USpolicies #DonaldTrump
22 views0 comments

When you really think about it, has this ever worked out in American history? The spray-tanned, thin-skinned, narcissistic malcontent wouldn't have it any other way. Intelligence is alien to him and empathy is his enemy. Why is that when he says he'll make American great again, I hear dueling banjos and have visions of plantations? #DonaldTrump #news #currentevents #politics #the1 #oligarchy #USpolicies
10 views0 comments
Peoples Radio United

Serena Shim would have been 32 years old on October 10, 2017. She was a journalist, mother, daughter and sister - and affectionately called "Sassy" by those who knew and loved her. What makes her worthy of all this attention, one might ask. Well, in October 2014, Shim was assigned by Press TV to Turkey on a mission to cover the ISIL conflict. She was based in Suruç, Şanlıurfa Province, Turkey, which is a rural area near the Syrian border. While there she discovered that ISIL
9 views0 comments
Rhymes Media Group

Hello Rhymes Media Group Fam Adam Garrie, political analyst of The Duran, writes in his latest piece: The United States has an empathy problem which feeds a culture of violence abroad, ignorance at home and tragedy all around, Among many Americans and certainly among those whose narrative is embraced by the mainstream media, the wider world’s cognitive dissonance is somehow lost in an ever pervasive exceptionalist attitude whereby Americans elevate their domestic tragedies to
18 views0 comments
teleSUR English

The activist said the only thing Puerto Rico and Louisiana had in common was the state's inaction. The former political prisoner and Puerto Rican independence fighter Oscar Lopez Rivera says the U.S. President Donald Trump has done “tremendous damage” to the Puerto Rican people by calling Hurricane Maria a “storm” and comparing the situation in Puerto Rico to the aftermath of Katrina in Louisiana in 2005. In an interview with teleSUR, the activist said the only thing Puerto R
10 views0 comments 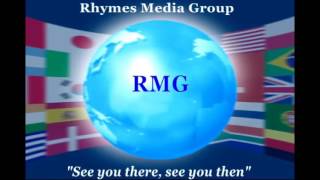 Hello Rhymes Media Group Fam. We hope you enjoy the inaugural broadcast of RMG's Inside w/Rana Almetwali where she discusses the plight of some of the evacuees from Fouha and Kafraya - people from the same areas as those who were slaughtered last week by US-backed terrorists during, what was supposed to be, an agreed upon peaceful evacuation of civilians. Rana gives us some insight to the process of re-settlement for these casualties of war, having to leave the places that th
12 views0 comments